Kota Kinabalu: Indigenous peoples in the country are among the most marginalised groups today due to the many gaps between the Federal Constitution and the United Nations Declaration on the Rights of the Indigenous Peoples (UNDRIP) and the International Labour Organisation’s Convention No. 169 on Indigenous and Tribal Peoples (ILO C169).

Indigenous Peoples Network of Malaysia (Joas) Secretariat Director, Jannie Lasimbang, said one of the most apparent gaps is the absence of any provision that safeguards the culture, traditional knowledge and language of indigenous people in the Constitution.

“In terms of land and natural resources, because we had so many experiences with regards to this issue, there have been a lot of improvement over the years. A lot more issues have been covered in the Constitution, but in terms of implementation, it is still not as beautiful as its theory,” she said. END_OF_DOCUMENT_TOKEN_TO_BE_REPLACED

File pic of a rice farmer in Tanjung Karang.

PETALING JAYA: Activist groups are claiming that Malaysian small farmers could lose out, as seed companies stand to benefit from longer monopolies under the Trans-Pacific Partnership Agreement (TPPA).

One of the conditions under the TPPA is that member countries are required to join the International Convention for the Protection of New Varieties of Plants 1991 (UPOV91), which Malaysia is not a member of.

The claim, by US-based Public Citizen and the Penang-based Third World Network (TWN), comes in the wake of a leaked document on the TPPA on whistleblower site WikiLeaks.

According to the groups, changing the current plant variety protection (PVP) laws would result in farmers not being able to exchange seeds. The UPOV91 would also require protection to be provided for all species of plants.

Preventing farmers from exchanging their seeds is contrary to the practices of many developing nations and is needed for crop and variety rotation. END_OF_DOCUMENT_TOKEN_TO_BE_REPLACED

Gerakan Hapus Akta Hasutan (GHAH) meanwhile condemned the use of the Sedition Act on Khalid as unnecessary, saying his alleged tweet on October 6 was not seditious at all. — Picture by Yiswaree Palansamy

News portal Malaysiakini reported that Khalid was first detained Wednesday in Johor Baru under the Communications and Multimedia Act 1998 and that he was supposed to be released last night after the court denied a police application for an extension to his two-day remand.

“This morning when he was brought to court, the police were granted a four-day remand,” Sevan Doraisamy, executive director of human rights group Suaram, told Malaysiakini after getting the information from Khalid’s wife. END_OF_DOCUMENT_TOKEN_TO_BE_REPLACED

“They are all dead. We are all that’s left,” Norieen was quoted saying. END_OF_DOCUMENT_TOKEN_TO_BE_REPLACED

Any member of the public or entity, including Bank Negara Malaysia, can challenge in court the Attorney-General’s decision that 1Malaysia Development Berhad (1MDB) has not committed any offence despite the central bank’s appeal to review the case, lawyers said.

Lawyer Amer Hamzah Arshad said such a challenge had never been mounted in Malaysia but it had been done in other Commonwealth jurisdictions.

“If one thinks that there is bad faith by the A-G’s refusal to prosecute, one could go to the court for remedy,” said the criminal lawyer.

This legal view comes as the central bank issued a statement yesterday that its probe into 1MDB had found that the state investor made inaccurate or incomplete disclosures to secure permissions for overseas investments. END_OF_DOCUMENT_TOKEN_TO_BE_REPLACED 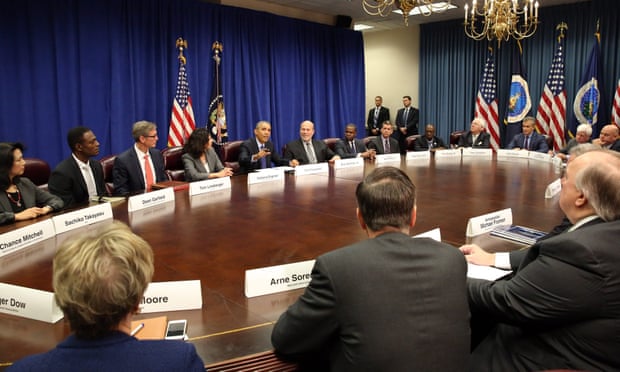 “The text of the TPP’s intellectual property chapter confirms advocates warnings that this deal poses a grave threat to global freedom of expression and basic access to things like medicine and information,” said Evan Greer, campaign director of internet activist group Fight for the Future. “But the sad part is that no one should be surprised by this. It should have been obvious to anyone observing the process, where appointed government bureaucrats and monopolistic companies were given more access to the text than elected officials and journalists, that this would be the result.” END_OF_DOCUMENT_TOKEN_TO_BE_REPLACED