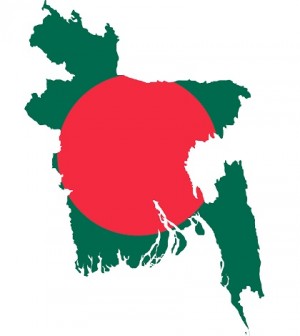 Bangladesh has agreed to supply 1.5m workers to Malaysia over the next three years under a new bilateral accord. The Government-to-Government Plus (G2G Plus) Memorandum of Understanding is designed to fill key gaps in Malaysia’s manufacturing and service sectors, and to supply manpower for its plantation industry.

The deal, which includes both male and female workers, was signed by Bangladesh’s Expatriates’ Welfare and Overseas Employment Minister Nurul Islam and Malaysia’s Human Resources Minister Richard Riot. Under the agreement, the cost of sending a worker – about 34-37,000 Bangladeshi taka (£300-£328) – will be borne by the employers, while Dhaka will facilitate and oversee workers’ security clearances.

“We hope that this process would be much more transparent and accountable” than the current arrangements for overseas workers, Bangladesh’s Cabinet Secretary Mohammad Shafiul Alam told reporters, adding that the deal would help prevent human trafficking. Richard Riot emphasised that the memorandum will also protect Malaysian citizens, arguing that it “clearly reflects the government’s priority in providing employment opportunities for local workers.”

Malaysia, home to nearly 6m foreign workers, is already a key manpower market for Bangladeshi nationals – about 600,000 are estimated to be in the country, mostly working in the plantation sector.

The governments will have to ensure that problems such as illegal or high recruitment costs, unsafe working conditions, and unfair migration policies are addressed. And independent experts, both inside and outside the two countries, have expressed serious concerns over the proposal.

Speaking to Global Government Forum, Nilim Baruah, senior migration specialist with the International Labour Organisation’s Regional Office for Asia and the Pacific, warned that the government has not sufficiently tested the demand for overseas labour: “It does not appear that it will be successful, as the demand side has not been taken into account properly,” he said. Baruah suggested that South Korea’s Employment Permit System, under which workers are fully insulated from being charged recruitment fees, is a better model.

Local rights groups are also sceptical, arguing that the deal does not address the problem of illegal labourers in Malaysia. Asked to comment, Malaysian human rights organisation Suaram said that the agreement “does not deal with the presence of millions of undocumented workers in this country” The group argued that formalising the position of Bangladeshi labourers will allow “modern-day slavery and human traffickers to flourish.” — March 9, 2016