KUALA LUMPUR, May 4 — Polls watchdog Bersih 2.0 filed a report with Election Commission (EC) today, accusing candidates from both sides of the political divide of breaching election laws in the run-up to to the May 7 vote.

Among the lengthy list of 10 alleged offences are: misappropriation of government funds and property for personal use in contesting the election, direct bribery of voters and affixing campaign materials within 50m of polling stations.

“We urge the EC to investigate these violations under the Election Offences Act and involve the Malaysian Anti-Corruption Commission to investigate any misuse of public funds and public property,” the Bersih 2.0 steering committee said in a joint statement with the Sarawak Monitoring team (PEMANTAU) committee, which it set up with other non-governmental organisations.

Bersih 2.0 also demanded that the EC enforcement team be present at all campaign events by all candidates throughout the campaign period as the Pemantau team had recorded its presence at a campaigning event only once. END_OF_DOCUMENT_TOKEN_TO_BE_REPLACED

KUALA LUMPUR, May 4 ― Enforcement Agency Integrity Commission (EAIC) chairman Datuk Yaacob Md Sam today questioned why the police have not completed their investigation on a 2013 custodial death, when his agency finished its inquiry last year.

Syed Mohd Azlan Syed Mohamed Nur died while in police custody in Pengerang, Johor, on November 3, 2013 and the EAIC found police violence to be the cause of death in its report released October last year.

“From what we know, as of two weeks ago when we checked, the police are yet to complete the investigation papers to be sent to the Attorney General Chambers,” Yaacob told a roundtable on police accountability today.

“I want to ask,’Why?’ What part of the report is not complete yet?” he said.

He said that EAIC consistently checked the progress of cases in which it had issued recommendations every three months.

Yaacob also said that police and other agencies should be taking their recommendations seriously.

“By law, they should act on our recommendations. If they are not going to act on it, they should come back to us and explain to us,” he said. 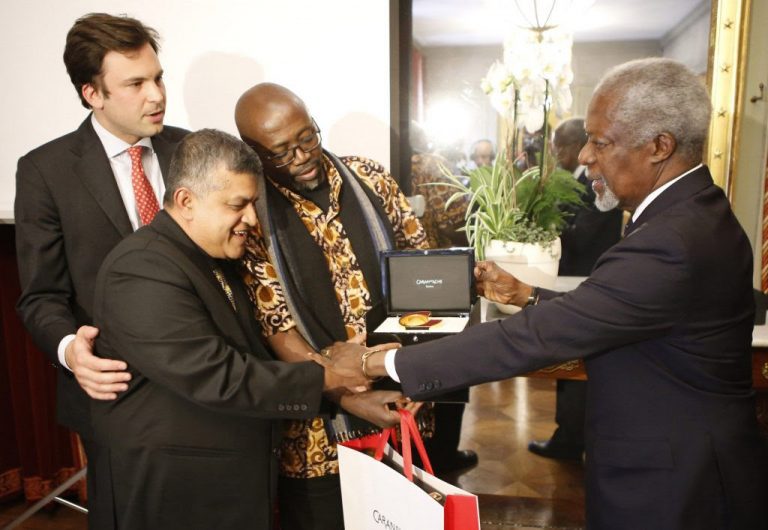 Zunar receiving the award from Kofi Annan, secretary-general of the United Nations, at the Palais Eynard, Geneva. Photo taken from Xindex.

KUALA LUMPUR, May 4 — Political cartoonist Zulkiflee Anwar Ul-Haque has picked up yet another honour for his satirical drawings, this time receiving the 2016 “Cartooning for Peace Award”.

The cartoonist popularly known as Zunar accepted the prize from former United Nations secretary-general Kofi Annan, who is the honorary president of the Cartooning for Peace Foundation, in Geneva.

Cartoonist Zulkiflee Anwar Ulhaque has pledged to continue drawing despite the government banning some of his books, saying it was impossible for the authorities to ban his ideas. — Picture by Choo Choy May

“Talent is not a gift, but a responsibility. It is a duty for me as a cartoonist to use the art as a weapon to fight unjust rulers.

“Fear and intimidation are the potent tools being used by the regime to scare the people. I believe, strokes of art can lead the people to cross the line of fear,” Zulkiflee said in a statement.

He also criticised the continued used of the Sedition Act to silence dissent in Malaysia. The cartoonist is facing nine charges under the colonial-era law.

Zulkiflee also pledged to continue drawing despite the government banning some of his books, saying it was impossible for the authorities to ban his ideas.

The award adds to the cartoonist’s others that include the 2011 “Courage in Editorial Cartooning Award”, two “Hellman/Hammett” awards from the Human Rights Watch, and the “International Press Freedom Award” from last year.

The Cartooning for Peace award was first given out in 2012. It recognises press cartoonists’ contributions to human rights, freedom of expression and their work in favor of tolerance and peace. 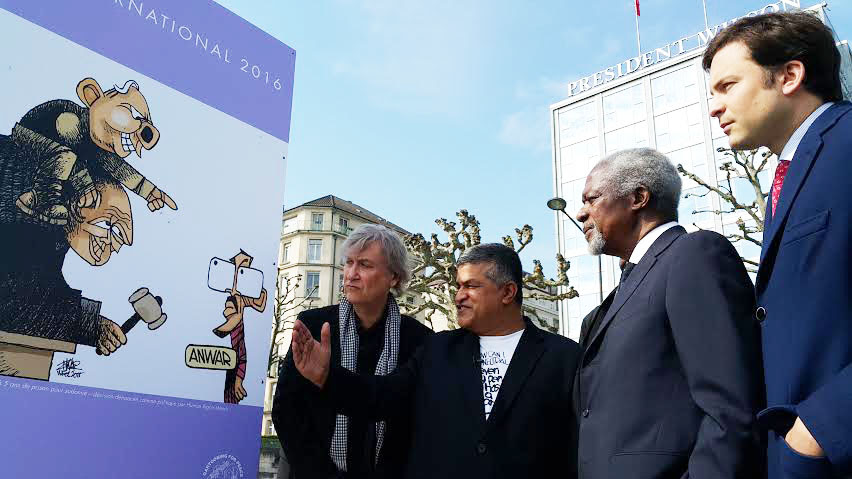