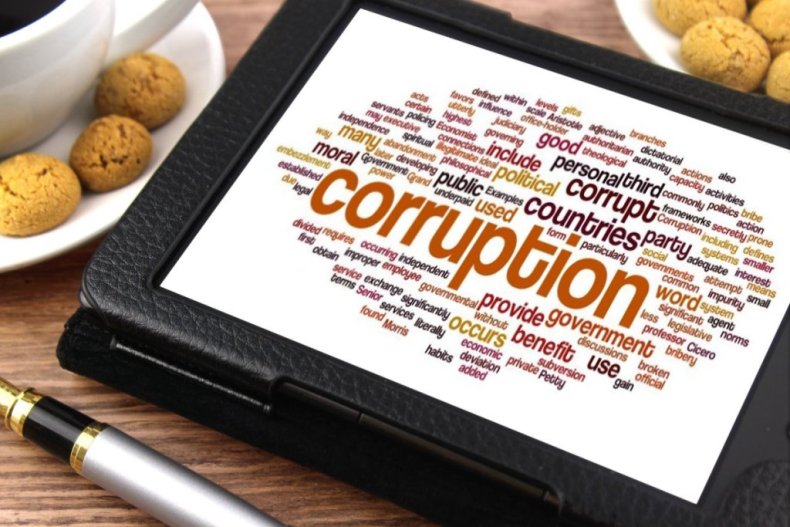 Pervasive corruption and a culture of impunity in Malaysia are a threat not only to the country’s social environment but to its natural environment as well. Photo Credit: The Blue Diamond Gallery

Despoiled soil. Poisoned water. Polluted air. The bauxite mining fiasco in Pahang triggered a massive environmental disaster in Kuantan last year. Yet if you were to have asked local officials about who had been responsible, you would have received the usual response: “Not us!”

Earlier this year a couple of officials were indeed held responsible for their parts in allowing unlicensed operators to break the law. The two officials, who worked for the state’s Land and Mines Office, were charged at the Special Courts for Corruption in Kuantan for allegedly accepting bribes to turn a blind eye to illegal bauxite mining activities.

Fadly Abd Malek, an assistant land officer, was slapped with two charges of corruption for having allegedly accepted RM35,000 and RM30,000 in bribes from a local miner, respectively last November and in January, in return for allowing the miner’s illegal activities to go unimpeded. If convicted, Fadly could be sentenced to a maximum of 20 years in prison and a fine of five times the transacted amount. Syed Umar Khalil Syed Khalid, assistant director of enforcement, is facing a charge of complicity in the crime by accepting RM30,000 from the same miner. Both Fadly and Syed, who are out on bail, pleaded not guilty.

How about anyone else? It’s hardly feasible, after all, that only these two gentlemen were involved in turning a blind eye to rampant illegal bauxite mining activities throughout last year. True to form, however, Pahang’s senior government officials have denied any wrongdoing and refused to take any responsibility for the massive environmental damage that happened on their watch. The state’s MB, Adnan Yaakob, defended his administration’s actions, which had been widely decried as halfhearted and ineffectual, and stressed he did not want to “play the blame game.” Presumably he meant either “stop blaming me” or “don’t ask me to blame any of my esteemed colleagues,” or both. In any event, his stance highlighted the entrenched culture of impunity among senior officials in Malaysia. END_OF_DOCUMENT_TOKEN_TO_BE_REPLACED

Tenaganita and other NGOs have criticized the Malaysian government for allegedly not doing enough to shield people who are trafficked into the country from being exploited or abused in other ways on Malaysian soil, and who are among an estimated population of two million undocumented foreign migrants in the country. END_OF_DOCUMENT_TOKEN_TO_BE_REPLACED We miss out on opportunities to rectify weaknesses in the system when few are willing to speak out against wrongdoings or are held accountable, says K Haridas.

We are a nation that moves from one headline to another, each more startling than the earlier, with very little to show in terms of accountability.

Scandals – who is responsible?

Some time ago we heard about undocumented migrants and the number that had perished along the Malaysia-Thai border. This hit the headlines and it was difficult for the Malaysian police to deny knowledge.

Dozens of secret camps with about nearly 140 graves were discovered along the Malaysia-Thai border, used by people smugglers. Our police chief said we have been building up information and vowed tough action against Malaysians involved. Have we heard of any action to date? Were the Malaysian and Thai authorities aware of this illegal and perhaps lucrative activity?

No wonder Malaysia is listed in tier three of the US State Department’s annual human trafficking report – amongst the worst ranking countries failing to stop such trade.

Powerful forces are at work, and it is not good enough for the Malaysian police and immigration officials to just explain this away. END_OF_DOCUMENT_TOKEN_TO_BE_REPLACED