KUCHING: A state minister wants the legal definition of rape to be amended soonest, following the gazetting of the Child Act (Amendment) 2015.

Women, Welfare and Community Wellbeing Minister Datuk Fatimah Abdullah said it would be “disappointing” if the amendments to the Child Act did not include a broader definition of rape.

She said her ministry had been pursuing this matter since the Court of Appeal’s acquittal of a 60-year-old man in the “finger rape” case last year.

“The perpetrator was let off because the definition of rape only covered penile penetration.

“I wrote a letter on behalf of the state government to the Attorney-General to review the definition of rape so that there will be justice for the victims.

“The reply we received then was that comprehensive amendments would be made to the Child Act.

“Now it has been gazetted but it does not include the definition of rape. Of course that would be very disappointing to us.

“We are still waiting for the definition to be amended. Maybe it will be done through an amendment to the Penal Code,” Fatimah said after presenting assistance to storm victims here yesterday.

END_OF_DOCUMENT_TOKEN_TO_BE_REPLACED 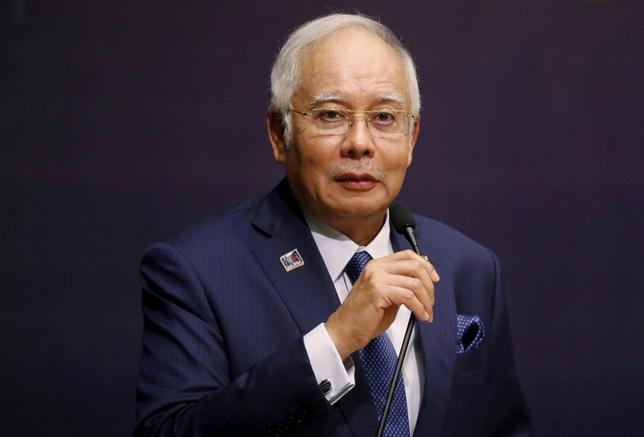 Malaysia’s Prime Minister Najib Razak will get sweeping security powers on Monday amid planned protests calling for his resignation over U.S. allegations that millions of dollars from a state fund wound up in his personal bank account.

The new National Security Council (NSC) Act, which comes into force on Aug. 1, allows Najib to designate any area as a “security area”, where he can deploy forces to search any individual, vehicle or premise without a warrant. It also allows investigators to dispense with formal inquests into killings by the police or armed forces in those areas.

Najib’s ruling coalition promoted the law as a means to counter threats to security in predominantly Muslim Malaysia, which has long dealt with a fringe element of radical Islamists.

But critics say the law’s expansive powers threaten human rights and democracy in the middle-income emerging nation, and could now be used to silence critics of the One Malaysia Development Berhad (1MDB) fund scandal.

“The concern among the civil society and others is because the NSC can be used against anything that the government is unhappy with,” said Wan Saiful Wan Jan, chief executive of the Institute for Democracy and Economic Affairs, adding that it could extend to public rallies.

“It does give the PM a huge amount of power to declare emergency zones…,” he said. END_OF_DOCUMENT_TOKEN_TO_BE_REPLACED

Off to jail: Policemen escorting the Lahad Datu intruders (in purple) after their sentencing at the Kepayan prison in Kota Kinabalu. Pic drawn from The Star Online.

KOTA KINABALU: Nine Filipino nationals were spared the noose after the High Court here ordered them to be jailed for life following their conviction for waging war against the Yang di-Pertuan Agong.

The nine appeared calm when the senten­ces were read out at the special High Court in the State Prison Department Hall at Kepayan near here yesterday. END_OF_DOCUMENT_TOKEN_TO_BE_REPLACED

KUALA LUMPUR: Students who voice out criticism in a constructive manner should not be subjected to any disciplinary action, said Deputy Prime Minister Datuk Seri Dr Ahmad Zahid Hamidi.

Instead, he said such constructive criticism should be acknowledged and taken into consideration.

“I ask that the Higher Education Ministry as well as other ministries, government bodies and departments listen to criticism and students’ voices. “Do not take disciplinary action against them because they should not be shackled…on the contrary, they should be given guidance,” he said.

However, Zahid said students should be wary of the way they criticise the government. “Criticisms should be constructive and not destructive.

One can criticise and have opposing opinions but it must be intellectual,” he said during the 2016 Parliamentary Conference of Students dinner at the Putra World Trade Centre here earlier tonight. END_OF_DOCUMENT_TOKEN_TO_BE_REPLACED