A Malaysian Muslim woman holds up a placard translating “Capture M.O.1” during a rally calling for the arrest of Prime Minister Najib Razak in Kuala Lumpur. Pic: AP.

NEARLY a thousand Malaysians led by student protesters took to the streets of Kuala Lumpur yesterday to demand action against an unnamed official at the center of the 1Malaysia Development Berhad (1MDB) controversy.

The official known only as “Malaysian Official 1” or “MO1” for short was named in a U.S. Department of Justice (DOJ) lawsuit filed last month to seize more than $1 billion (RM4 billion) in assets allegedly bought with money siphoned from 1MDB, a state-owned firm.

The DOJ has not expressly confirmed the identity of “MO1” but the country’s opposition leaders and anti-government dissidents insist that it refers to Prime Minister Najib Razak, who oversees the fund.

Unhappy with the prime minister’s repeated denial of his alleged involvement in the scandal, student leaders rallied yesterday to pressure the authorities into taking action against the leader.

During the afternoon gathering, the group of protesters led by student representative Anis Syafiqah Md Yusof defied police orders and marched towards Dataran Merdeka or “independence square” all the while chanting “catch MO1”. 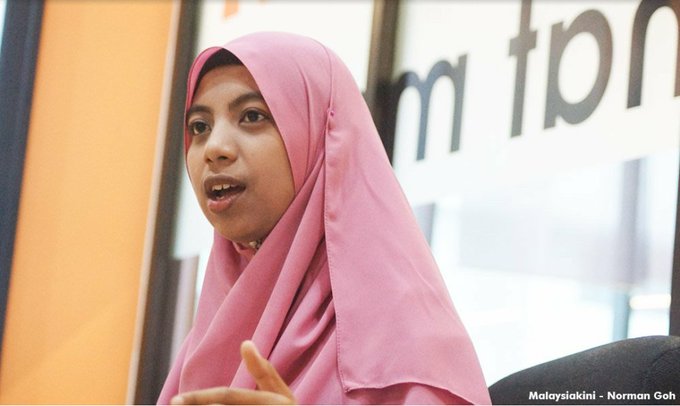 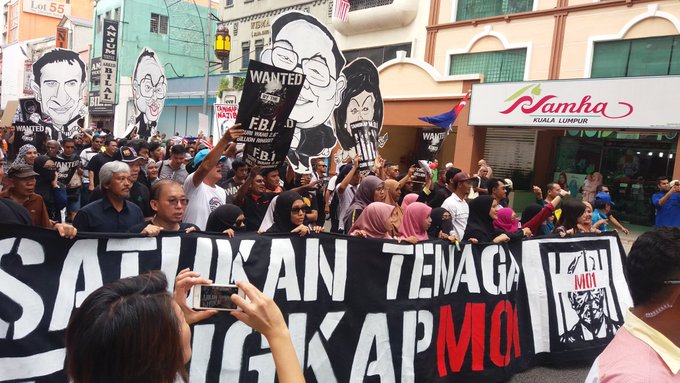 “If we don’t speak out, who else will push them, the authorities, to arrest a criminal who has given us so much grief?” Anis was quoted saying in a Reuters report.

“Can we send MO1 to jail and bring that person to face justice?” 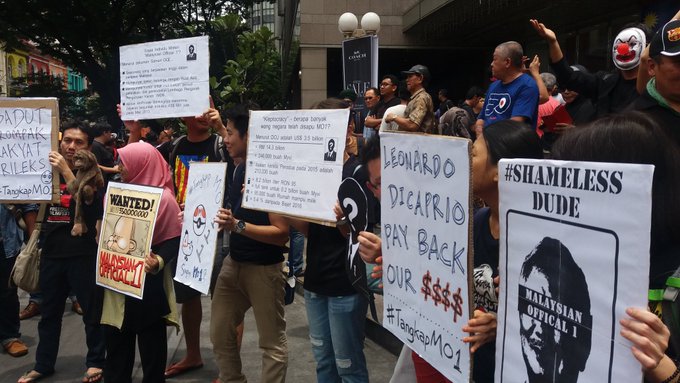 Spotted at #TangkapMO1 calling out the shameless dude.

Featured prominently throughout the gathering were placards bearing caricatures of Najib and his wife Rosmah Mansor. One particular picture stood out: The now-famous sketch of the prime minister in clown make-up drawn by local graphic artist and activist Fahmi Reza. The activist has been charged in court over the sketch.

Malaysian police had previously warned protesters against staging their rally at Dataran Merdeka, pointing out that federal law on peaceful assemblies require organizers to obtain permission from owners of the venue.

The square falls under the jurisdiction of the KL City Hall, which had earlier said it would not grant permission to rally organizers.

But despite the police warning, reports on Twitter said the gathering went on peacefully without the authorities’ intervention for about two and a half hours.

A report by New Straits Times said, however, that a small scuffle broke out briefly among participants when a pickup truck parked next to a makeshift stage for the rally refused to budge. 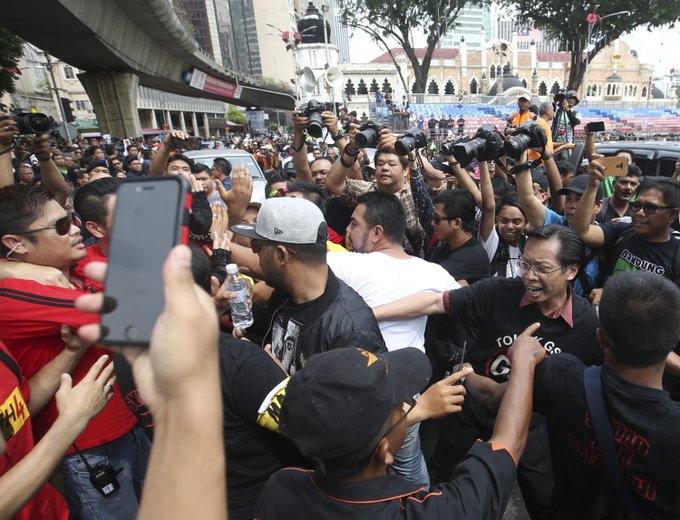 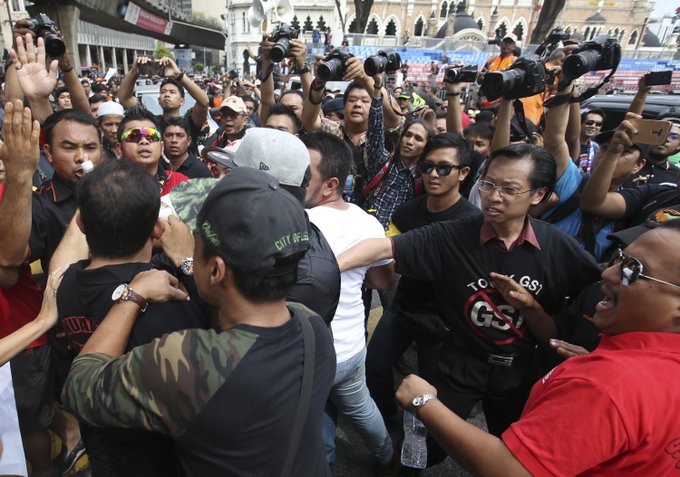 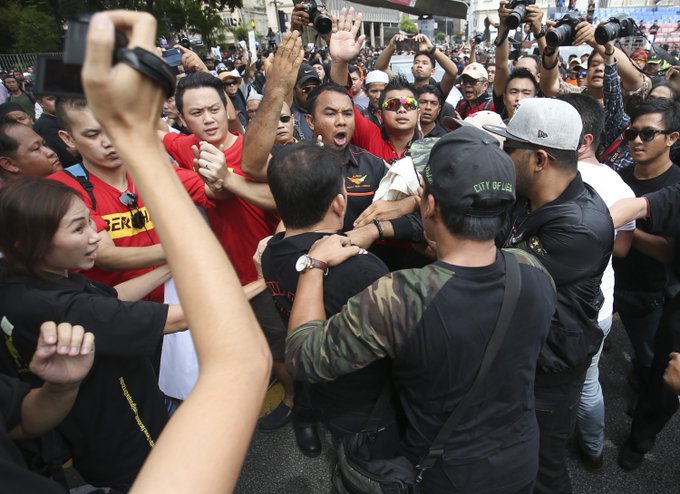 In a separate report by the English news portal later, police was quoted saying that the authorities will be reviewing all photographs and videos taken during the rally.

Dang Wangi police chief Asst Comm Zainol Samah also said that he was yet to receive reports of any untoward incidents.

“We will review photos and videos of today’s rally and conduct an investigation,” he was quoted saying, adding that an estimated over 1,000 people participated in the gathering.

The DOJ said last month that at least $3.5 billion has been stolen from the Malaysian fund founded by Najib. It has initiated action to seize $1.3 billion it said was used to buy assets in the U.S.

It said in court filings that more than $700 million had landed in a Malaysian official’s accounts. It didn’t name the official, but appeared to be referring to Najib.