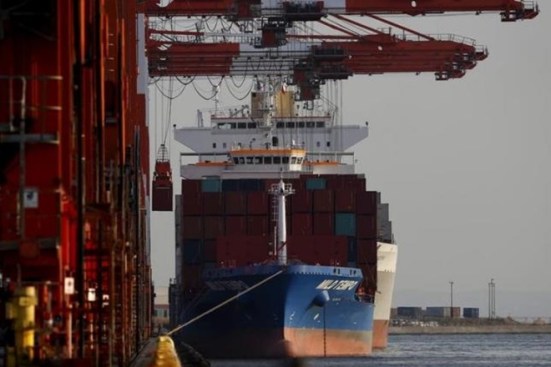 ASEAN is also to expand to include more countries. Papua New Guinea and Timor-Leste are seeking accession; while Fiji and Bangladesh are likely future members.  An ASEAN charter rendering the grouping a legal personality came into force as recently as December 2008. And ASEAN members formally declared the establishment of the ASEAN Community with effect from 31 December 2015.

The Regional Comprehensive Economic Partnership (RCEP) is currently being negotiated between ASEAN and six other countries that are its existing FTA (free trade agreement) partners. These are India, China, Japan, South Korea, Australia and New Zealand.

The Indian government had in 1991 launched a ‘Look East’ policy. The first ASEAN-India Business Summit was held in 2002 in New Delhi.  An ASEAN India-Business Council was set up in March 2003 in Kuala Lumpur. An ASEAN-India Free Trade Area (AIFTA) was announced in October 2003 and it came into effect in January 2010.

The eastward policy was stepped up to an ‘Act East’ policy at the 12th ASEAN India Summit in November 2014.  The ASEAN-India Agreements on ‘Trade in Service and Investments’ were inked on 1 July 2015. The first North-East ASEAN Business Summit was held in Imphal, Manipur in April 2016.

Not only is India actively engaging in RCEP negotiations, it is also hoping that by doing so it will balance China’s influence in the region. However, within the RCEP mix, India also has to contend with China as part of the trade group.

The Malaysian Prime Minister had in his speech at the launch of the ASEAN Community said that this was for more than just the economy.  The ASEAN Community has three core pillars, namely the ASEAN Economic Community (AEC), the ASEAN Political Security Community (APSC) and the ASEAN Socio-Cultural Community (ASCC). Although the AEC is better known, the community’s economic agenda cannot be allowed to overshadow other human concerns.

Development gaps amongst ASEAN members do come in the way of regional integration. The least developed countries (LDCs) in ASEAN have an acronym for themselves: CLMV – Cambodia, Laos, Myanmar and Vietnam. The economic ‘development’ envisaged for them as part of ASEAN has to be equitable.

Yet leaked texts of RCEP show that its intellectual property (IP) provisions dilute the transition exemptions given to LDCs under the World Trade Organisation (WTO). LDCs are not obliged to grant any IP on pharmaceutical products for as long as there is a transition period. The WTO agreed to extend this IP waiver on LDCs until 2033, but RCEP proposals limit the timeline to 2021.

The ASEAN Intergovernmental Commission on Human Rights (AICHR) was founded in 2009 and is housed in the ASEAN Secretariat. AICHR is the only regional body on human rights is tasked with ensuring that human rights are mainstreamed in all three pillars of the ASEAN. This implies that it must keep in focus the impact of trade relations and business activities on human rights.

The same year the RCEP idea was mooted; the United Nations Human Rights Council endorsed the Guiding Principles on Business and Human Rights in its resolution dated 16 June 2011. The guiding principles impose duties on States to protect against human rights abuse by third parties, including business enterprises. However, these principles are voluntary in nature.

The RCEP will have implications for the human rights of peoples in ASEAN and beyond it. It is amongst the new generation of FTAs that privileges business interests and investor rights over ordinary people. While trade agreements like RCEP create legally binding obligations on governments, human rights obligations remain as matters of mere co-operation.

There must be ex ante human rights impact assessment of the trade agreements and investment treaties that are being negotiated by the ASEAN Community. National human rights institutions (NHRIs) in all RCEP countries must pitch in to help government assess the social impacts of mega regional FTAs that are being negotiated. The matters on the table all affect the daily lives of the peoples of all sixteen countries involved in these negotiations – access to affordable life-saving medicines, stable good quality work, the viability of small farms and businesses, financial stability, indigenous knowledge, environmental protection, climate change mitigation, and much more.

ASEAN members and its trading partners need to give attention to more than just trade agreements for the promises made to the people of the region.

Shalini Bhutani is a Delhi-based legal researcher & policy analyst that works on the interface of trade rules and local communities in the Asia region.