SEPTEMBER 5 — Of late, it seems like everyone has been giving their opinion as to whether or not a woman should cover up and to what degree. Some have even gone to the extent of legislating a ban on a specific type of clothing, believing that to wear the latter would be representative of support for terrorism and violent extremism.

We have seen burly armed members of the French police surround a woman on a Nice beach forcing her to take off her burkini, an outfit apparently not “respecting good morals and secularism”. The resulting controversy and outcry against such discriminatory behaviour by a state institution continues to reverberate throughout Europe.

Not since the invention of the bikini has a female garment caused such consternation, distress and public debate.

On this side of the world, those from the religious quarter or those who consider themselves better Muslims and self-anointed “defenders of the faith”, are busy slut-shaming those who decide to not cover up and are also determining for women what is acceptable clothing to wear in public. Therein is marked hypocrisy.

Most of the debates in Malaysia seem to centre around the hijab, skirt length and what constitutes acceptable female attire. Moral policing of women, in particular, seems to be a favourite pastime. END_OF_DOCUMENT_TOKEN_TO_BE_REPLACED

PETALING JAYA, Sept 6 — A total of 174 individuals were detained in Selangor under the Prevention of Crime Act 1959 (POCA) during the first eight months of this year.

Selangor Police Chief Datuk Abdul Samah Mat said this was the biggest arrest in the country compared to other states.

He said the number recorded this year was less compared with the same period last year which was 209 comprising 21 secret society cases, serious crimes (102), property (46), gambling (14) and human trafficking (six).

Commenting on online gambling activities, he said 3,602 raids were carried out on illegal gambling premises from January to August this year and 5,609 individuals arrested.

Institute for Democracy and Economic Affairs (Ideas) today questioned if the planned amendments to the Legal Profession Act 1976 is attorney-general Mohamed Apandi Ali’s way of retaliating against the Malaysian Bar for criticising him.

The think tank’s chief executive director, Wan Saiful Wan Jan, said the proposed amendments, which would, among others, introduce government representatives in the Bar, did not appear to be a cabinet initiative.

“By speaking up, Nazri indicates that this was not a cabinet decision, which means it must have been the action of one agency only. END_OF_DOCUMENT_TOKEN_TO_BE_REPLACED KUALA LUMPUR: The High Court threw out a legal challenge against the raid, seizure of Irshad Manji’s controversial book and the related arrest of the book publisher’s director four years ago.

Hanipah allowed a preliminary objection by Assistant State Legal Advisors Naziah Mokhtar against the legal action. Naziah acted for the Selangor government. Naziah argued that the judicial review application should be dismissed as a Federal Court ruling on Sept 28 last year had already decided on the central issue in the legal action.

On Sept 28 last year, the Federal Court ruled that a provision in the Selangor state Syariah law – criminalising Muslims for publishing and disseminating religious books against the Islamic law – is valid.

The apex court said that it was within the power of the Selangor state legislative assembly to enact Section 16 of the Syariah Criminal Enactment 1995, the provision under which Ezra was charged in the Syariah Court in 2013. END_OF_DOCUMENT_TOKEN_TO_BE_REPLACED

Malaysia’s transgender community finds itself on the front line of a struggle between civil society and an increasingly intrusive and moralistic version of Islamic law.

Shortly after midnight a white patrol van rolls out of the compound that houses the headquarters of Kuala Lumpur’s religious police. Inside are eight uniformed enforcement officers, seven men and one woman, whose navy blue uniform is set off by a multi-coloured tudung, or headscarf. The mood of the team is a strange combination of joviality and religious zeal.

Officer Akmal Adzin, a cheery, moon-faced man, is leading the patrol. “We have received complaints from members of the public about offenses relating to close proximity,” he tells me.

Under Malaysia’s version of Sharia law, the crime of khalwat or ‘close proximity’ between unmarried, unrelated Muslim members of the opposite sex is punishable by a fine of $US750 and up to two years in prison.

The patrol’s first stop is a budget hotel out in the suburb of Sungai Besi. At the reception desk, an employee obligingly prints out a list of all the Muslim hotel guests and the team ascends to the upper floors in a lift. END_OF_DOCUMENT_TOKEN_TO_BE_REPLACED 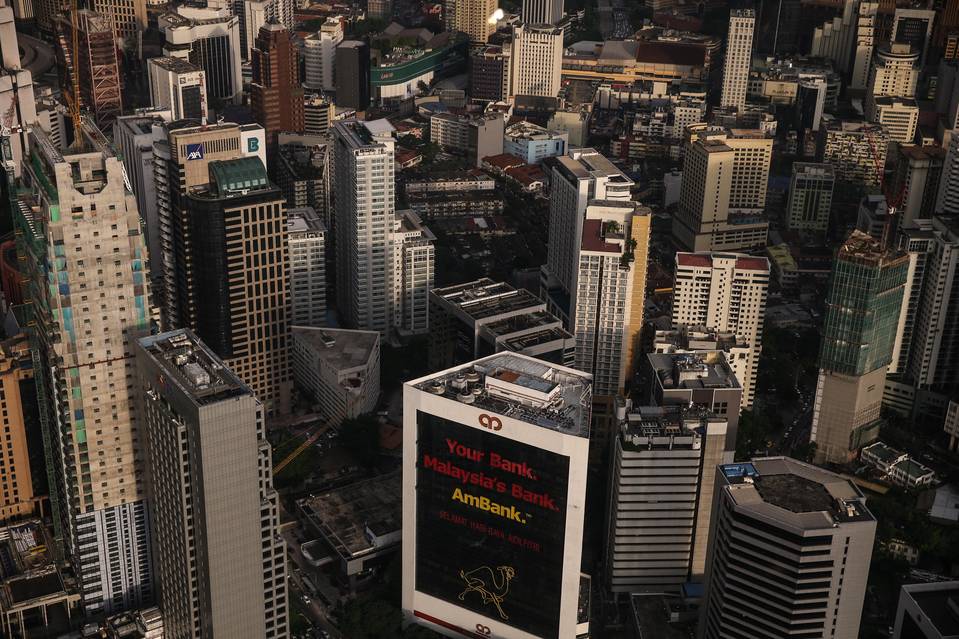 Financier Jho Low, who investigators believe is at the center of one of the largest-ever financial scandals, kept up a stream of messages to an official at AmBank Bhd. Mr. Low was obsessed about how the bank handled the peculiar accounts of Malaysian Prime Minister Najib Razak.

Don’t let people outside the bank or more than a few people inside know about the accounts, he instructed. Use Gmail, not the bank’s email system, for communication. Whatever you do, don’t send credit-card statements to the prime minister’s house.

“No no no,” Mr. Low wrote, according to transcripts of BlackBerry messages reviewed by The Wall Street Journal. “Super sensitive.” He instead had someone collect the statements by hand.

Between 2009 and 2013, Mr. Low, a family friend of the prime minister, and his associates helped embezzle at least $3.5 billion from 1Malaysia Development Bhd., a state investment fund created by Mr. Najib, the U.S. Justice Department alleged in a lawsuit filed in July.

It couldn’t have happened without the cooperation of a handful of bankers and the failure of a host of financial institutions and regulators to detect the alleged fraud, investigators believe. Mr. Low and his cohorts for years eluded detection or interference by at least eight banks, big accounting firms, a central bank and various government regulators, according to the Justice Department, investigative documents from other countries and people familiar with the affair. The banks included Goldman Sachs Group Inc. and Standard Chartered PLC. END_OF_DOCUMENT_TOKEN_TO_BE_REPLACED