The mass rally of over 10,000 people organized by Umno Youth shortly before Ops Lalang was launched on Oct 27, 1987. Pic via Twitter.

TWENTY-nine years ago today, Malaysia began a security sweep starting with 19 politicians, activists and intellectuals detained without trial as racial and political tensions rose over an Umno leadership crisis, issues over languages and the use of the word “pendatang” (immigrant) as a slur.

One of the dailies, Watan, never came back. The other two were never the same again.

But the issues that festered and exploded into the mass detentions continue until today.

Umno, or rather the new Umno founded by Dr Mahathir Mohamad in 1988, is mired in a crisis with more Malay parties coming in for a slice of the dominant majority’s vote. And unsurprisingly, Dr Mahathir is battling another of his successors – Prime Minister Najib Razak.

The word pendatang or immigrant is still being thrown around as regularly as anyone getting a datukship, a state award that carries a title of some honour and respect.

And Malaysia is still under the Barisan Nasional (BN) government, the same government that launched Ops Lalang or Weeding Operation against government critics and political foes. Of course, the ISA, the security law that allows detention without trial, is no more.

Najib repealed the law in 2012, but came up with another security law two years later. Some things remain the same, even if we think that time and tide has healed and changed the nature of security threats in Malaysia.

Today, we are a rainbow nation, where colours define our identity as much as personalities are still required to lead various groups around. The only thing missing in this cornucopia of colours and personalities is the intellectuals who give heft to the struggle for a better, if not nicer, Malaysia.

Widely blamed as the architect of Ops Lalang in his bid to keep power and fight off political foes within and without the original Umno that was declared illegal in 1988, Dr Mahathir today is on the warpath against the Umno he founded – especially party president Najib.

He has allied himself with some of his political foes, including Anwar Ibrahim and Lim Kit Siang, in the battle to unseat Najib. His fight today is no different from what happened in October 1987 when those held under Ops Lalang fought Dr Mahathir’s then government for good governance and accountability.

Now, it’s Najib against the world, aided and abetted by a hand-picked Cabinet the best that BN can offer. There is not much of a fight here but incumbency pays. And some cash handouts.

And the laws that keep most of us cowed and the few that raise their voices are dogged by political thugs and bogged by needless police investigations. That there is a transformation, with people getting hassled rather than jailed, but it still reveals the lack of intellect in debates and discussions about Malaysia.

Always about the Who, not the What and Why. Or the How. 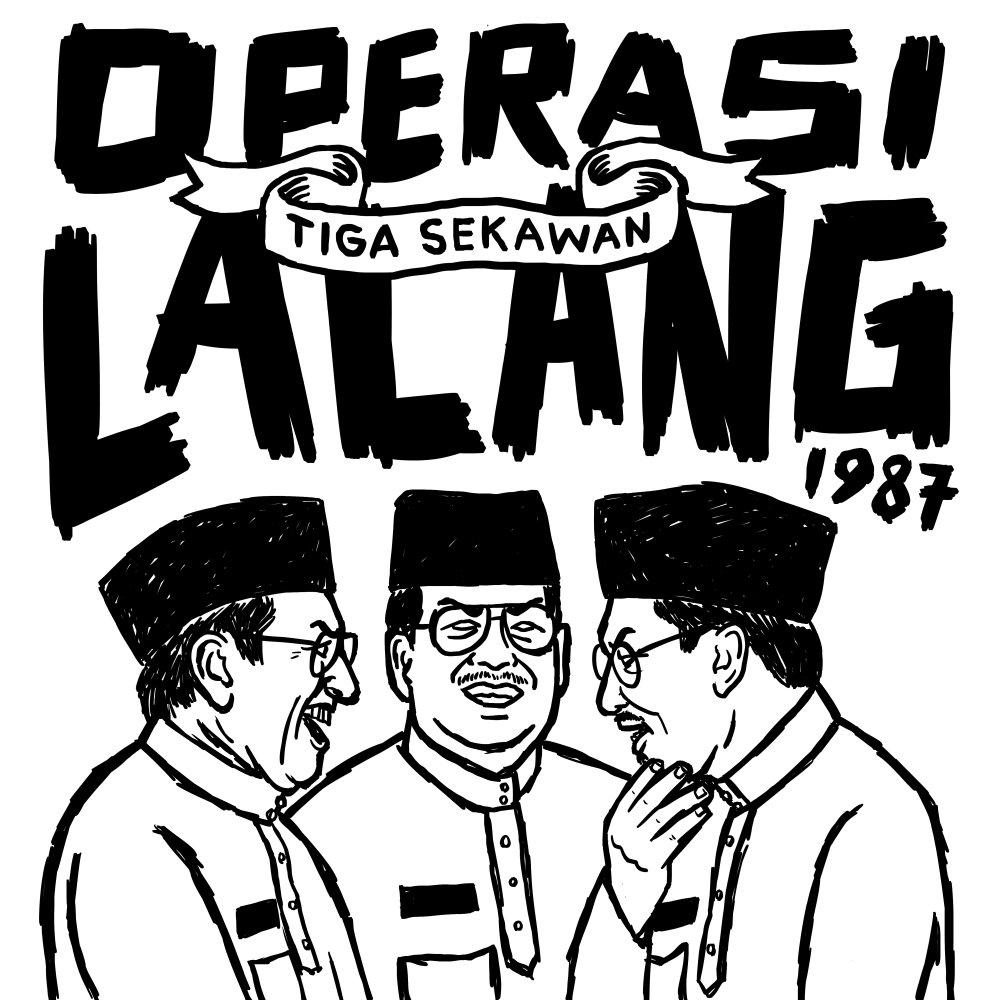 That’s where Malaysia needs to break out of. Go beyond the bickering personalities and figure out what the majority of Malaysians need and want. Cut the rhetoric, corruption, wastage and serve the people well from Padang Besar to Semporna.

Malaysians need to do more than just cheer from the sidelines and post caustic comments online. We need to stand up, raise our voices and be counted. The laws and jails are for those abusing their rights, not for those exercising them.

We need Ops Lalang to be the last such action where 106 people lost their freedom and Malaysians became fearful of their right to dissent and criticise. And you know what, we don’t need Dr Mahathir to apologise or for us to forgive him to move on.