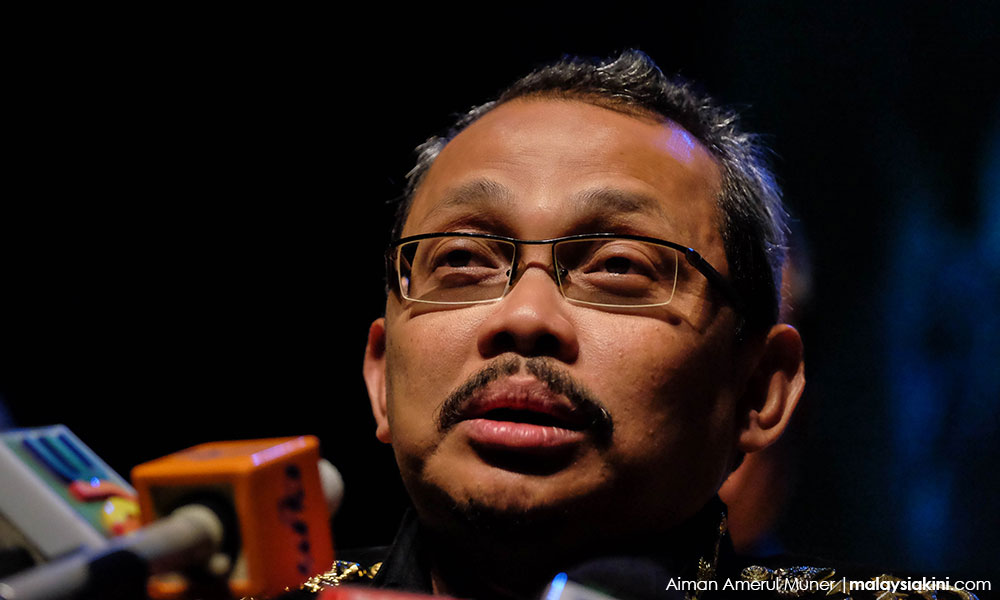 The Malaysian Anti-Corruption Commission (MACC) plans to create a more effective special corruption index to analyse and measure the level of corruption in the country.

MACC chief commissioner Dzulkifli Ahmad said the paperwork on the proposal would be presented at the next Anti-Corruption Advisory Board meeting before submitting it to the Cabinet.

He said if the proposal was approved, a study would be carried out by an independent body as well as academicians to ensure the transparency of the index.

END_OF_DOCUMENT_TOKEN_TO_BE_REPLACED

PUTRAJAYA, Feb 22 — The Court of Appeal today acquitted social activist Adam Adli’s sedition charge that was brought against him by the government in 2013.

A three-man bench acquitted and discharged the case on the grounds of multiple misdirections of the law during the Sessions and High Courts verdicts.

END_OF_DOCUMENT_TOKEN_TO_BE_REPLACED

KUALA LUMPUR: There is a need for human rights budgeting in the national budget to ensure that at least minimum standards of human rights protection are met.

Malaysia Human Rights Commission (Suhakam) called for this initiative from the government to provide sufficient allocation for prisons and detention centres as many are still in poor condition despite recommendations for improvement.

END_OF_DOCUMENT_TOKEN_TO_BE_REPLACED

THE Joint Malaysian NGO Coalition for the 69th Session of the Convention on the Elimination of All Forms of Discrimination Against Women ​(Cedaw) congratulates the Government of Malaysia for undergoing a second Cedaw review after a long absence, but expresses its disappointment with the scant progress on gender equality reported by the government during its Constructive Dialogue yesterday (at the UN in Geneva).

Malaysia’s 12-year delay in submitting its report to the Cedaw Committee reflects a lack of political will, which remains the great stumbling block in advancing gender equality in the country.

END_OF_DOCUMENT_TOKEN_TO_BE_REPLACED

PETALING JAYA: The local chapter of human rights group Amnesty International today hit out at what it called an alarming trend of the government cracking down on dissent.

END_OF_DOCUMENT_TOKEN_TO_BE_REPLACED

Agape Vision says failure to do so could see the victims being exposed to a host of life issues including revictimisation.

PETALING JAYA: An NGO working with underprivileged and at-risk youth in the country has warned of the long-term side effects that child sex abuse victims could face if they are left untreated.

“The children need therapeutic intervention as soon as possible and throughout their lives, even into adulthood, when they feel they need it,” she told FMT.

She added that the failure to provide such therapy could expose the victim to a host of problems with long-term effects. END_OF_DOCUMENT_TOKEN_TO_BE_REPLACED

M. Vasanthapiriya, who was accused of stealing a teacher’s iPhone, died on February 1 after being in a coma for a week, following a suicide attempt over the accusation against her. – The Malaysian Insight pic, February 22, 2018.

SOME 30 people will testify in an open inquest into the death of Penang teenager M. Vasanthapiriya, who died after slipping into a coma following a suicide attempt, said police.

State police chief commissioner A. Thaiveegan said the Attorney-General’s Chambers had given the go-ahead for the inquest to be conducted.

He said they were now waiting for the dates to be set.

“It is going to be an open hearing. There are almost 30 witnesses.

“There may be more testifying, depending on how the hearing goes,” he told reporters after a dialogue with Indian teachers and students at the Southern Seberang Prai district police headquarters in Nibong Tebal today.

Vasanthapiriya, a student at SMK Methodist Nibong Tebal, had been accused of stealing her teacher’s iPhone last month – an allegation she had denied. END_OF_DOCUMENT_TOKEN_TO_BE_REPLACED

“These scandals affected our score,” said Transparency International-Malaysia (TI-M) chairman Akhbar Satar at the launch of the Corruption Perceptions Index in Kuala Lumpur this morning.

Until these scandals are resolved satisfactorily, Akhbar said, Malaysia’s ranking is likely to further fall in the next few years.

Malaysia fell to No. 62 in the index last year, down seven spots from 2016, marking its lowest position since the index began in 1995.

The CPI ranks 180 countries by perceived levels of public sector corruption, according experts and business people. It uses a scale of 0 to 100, where 0 is highly corrupt and 100 is very clean.

“We are at the same spot as Cuba. We should be better than them,” said Akhbar. END_OF_DOCUMENT_TOKEN_TO_BE_REPLACED

He said the current postal voting system needs to be improved although he is of the opinion that it should be abolished completely.

“Unlike our time when we were fighting our nation’s enemies, when the bulk of the troops were either in the jungle or on standby for emergency deployment, we are now in peacetime and troops are stationed in their respective bases,” said Mohamed Arshad in a statement. END_OF_DOCUMENT_TOKEN_TO_BE_REPLACED

While the common fear is of attacks by strangers, most of the rapists were boyfriends, close acquaintances, and even family members.

The fact, in turn, presents the police with a two-fold problem that hampers investigations and successful prosecutions.

Bukit Aman Sexual, Women, and Child Investigations (D11) Division Assistant Director Supt Siti Kamsiah Hassan explained that when victims are attacked by people they know, they tend to hesitate in coming forward immediately — or at all.

For investigators, the delay can make all the difference between an airtight case and one that seems like mere allegations.

Immediate reports allow investigators a chance to collect crucial medical evidence to build a case against the attacker. Even a day’s delay can result in much of this being lost permanently.

“They have probably showered and cleaned themselves, making it harder to obtain forensic evidence,” she told Malay Mail in a recent interview, referring to the victims. END_OF_DOCUMENT_TOKEN_TO_BE_REPLACED