It said today that the inquiry panel would be chaired by Mah Weng Kwai, with Dr Aishah Bidin and Dr Nik Salida Suhaila Nik Saleh as members.

“To date, Suhakam has recorded 35 statements from witnesses of the cases and the inquiry process is aimed at finding answers and guidance on the situation,” it said.

Koh, 62, went missing after he was abducted by a group of men in a convoy on February 13, while Amri, 44, was reported missing since last year.

Joshua and his wife were last seen by friends in November last year before disappearing without a trace.

According to the statement, the inquiry was to determine whether the cases were defined under the International Convention for Protection of all Persons from Enforced Disappearances or were cases of voluntary disappearance in breach of criminal or civil law and, or human rights law. END_OF_DOCUMENT_TOKEN_TO_BE_REPLACED 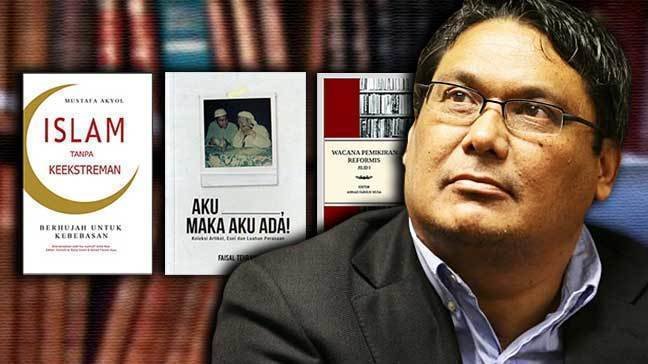 Actions by the Federal Territories Islamic Religious Affairs Department (JAWI) against Akyol for allegedly committing such an offence prior to an aborted forum in Nottingham University Malaysia, and against Dr. Farouk Musa for allegedly abetting Akyol, set a dangerous precedent with far-reaching implications for academic freedom and, certainly, freedom of speech in Malaysia. END_OF_DOCUMENT_TOKEN_TO_BE_REPLACED

Organisers behind RUU355 counter-rally in Petaling Jaya last month keep spotlight on contentious issue by having debate on the motion: ‘RUU355 should be made into law’. Pic from FMT News.

On Feb 18, Bebas staged a gathering at the Tasik Taman Jaya in Petaling Jaya, to counter the rally organised by PAS in Padang Merbok, Kuala Lumpur, on the same day in support of Hadi’s bill.

The gathering did gain some attention but not the numbers hoped, with only about 200 people showing up to hear the likes of former minister Zaid Ibrahim and Gerakan youth deputy chief Andy Yong speak on the issue. It was notable that no opposition MPs turned up for the gathering too.

On March 17, however, Bebas will be holding a debate on Hadi’s bill at the Studio, PJ Live Arts, in the Jaya One commercial complex in Petaling Jaya. END_OF_DOCUMENT_TOKEN_TO_BE_REPLACED

OCTOBER 14 — Among our citizens, vastly different interpretations of our Constitution exist. Each formed from different worldviews, each proclaiming legitimacy. If this trend continues unabated, greater polarisation will occur.

That is why steps need to be taken to ensure the vast majority of Malaysians accept a common understanding of the supreme law of the land.

To reclaim it, we need to understand how it came into being. Those who possessed sovereignty and political power agreed our new nation required a constitution, and one was duly drafted and approved. But when was their understanding of this document contested to the extent it became necessary to say we need to reclaim it?

Early opponents of our Constitution were easy to identify since they rejected it outright; but later, the tools of reinterpretation and amendment were used to slowly change its character. This was a political process, often using racial or religious language, accompanied by the centralisation of power. END_OF_DOCUMENT_TOKEN_TO_BE_REPLACED

This an exciting age – technological advances have liberated us in ways unimaginable. Communicating with others, transferring money, even the mundane paying of bills; and most significantly of all – accessing any information from anywhere in the world. All accomplished with a swift press of a button. Like the waving of a magician’s wand!

For, we are hit by scourges of gigantic proportions that spell dire consequences – for communities, countries and the world at large. Emanating from identifiable causes: the environment – including climate change; and wars – including the threat of nuclear wars. And the subversion of established institutions – from on-high like the UN-Security Council to domestic institutions. The initiation of illegal wars in defiance of established internationally agreed processes; on the basis of bald-faced lies. Leaving in its wake a litany of wasted lives – mainly women and children – murdered through unparalleled sophisticated weaponry. War crimes committed with impunity.

What, you may ask, has this to do with Gandhi Ji – in whose memory this lecture is being rendered?

Loads. Just listen to him. END_OF_DOCUMENT_TOKEN_TO_BE_REPLACED