END_OF_DOCUMENT_TOKEN_TO_BE_REPLACED

GENEVA (9 December 2016) – Speaking ahead of Human Rights Day on Saturday 10 December, the largest body of independent experts of the United Nations Human Rights system* urges all Governments around the world to stand up for human rights.

“The greatest achievement of the international community since the end of World War II has been the construction of an international human rights system based upon the Universal Declaration of Human Rights which was adopted 68 years ago.

Since that time, enormous strides have been made in establishing universal standards, encouraging the very widespread domestic adoption of those standards, and in effectively defending the rights of groups and individuals who are under threat in their own societies.

But today, a chill wind is blowing through much of the world and the very notion of human rights is under increasing attack. So-called populist movements are invoking nationalism and traditionalism to justify racist, xenophobic, sexist, homophobic and other forms of blatant discrimination, taking advantage also of the difficulties of the current economic climate.

Hate speech aiming to incite violence, hostility, and discrimination is dramatically on the rise, as is violence against women, children, ethnic, religious or belief groups, persons with disabilities, sexual minorities, migrant and many other groups. Inequality is growing dramatically and democratic institutions are being systematically undermined. END_OF_DOCUMENT_TOKEN_TO_BE_REPLACED

GENEVA (9 December 2016) – Malaysia must protect all of its human rights defenders instead of targeting them under national security legislation, said today a group of United Nations human rights experts*.

Their call comes after weeks of heightened pressure on BERSIH 2.0 – a coalition of civil society organizations campaigning for clean and fair elections – and the organizers of the Bersih 5 rally, held in three cities across Malaysia on 19 November 2016.

“We are particularly concerned at the arrest of Maria Chin Abdullah, the Chairperson of BERSIH 2.0, on 18 November 2016 and her subsequent detention under the Security Offences Special Measures Act 2012 (SOSMA),” the experts said.

SOSMA specifically states that no individual will be arrested under the law for ‘political activity’ or ‘belief’ and that its use is strictly restricted to matters pertaining to public order and national security. END_OF_DOCUMENT_TOKEN_TO_BE_REPLACED 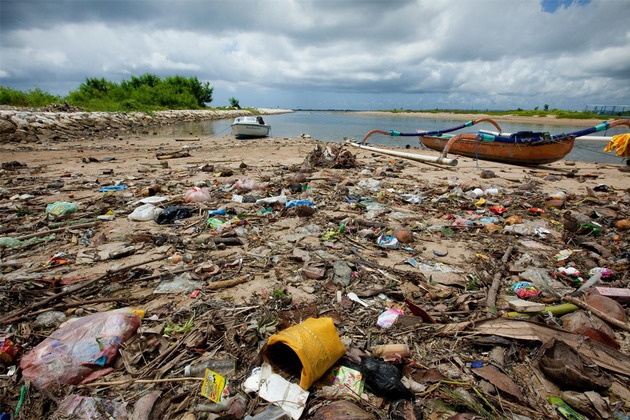 29 August 2016 — Ahead of the world”s largest forum for the adoption of conservation policies on protected areas, two United Nations experts on environment and indigenous peoples today highlighted that effective and sustainable conservation requires respect for human rights.

“The escalating incidence of killings of environmentalists, among them many indigenous leaders, underlines the urgency that conservationists and indigenous peoples join forces to protect land and biodiversity from external threats, notably lucrative resource exploitation,” the UN Special Rapporteurs on human rights and the environment, John H. Knox, and on the rights of indigenous peoples, Victoria Tauli-Corpuz, said in a news release issued by the Office of the UN High Commissioner for Human Rights (OHCHR).

Organised every four years by the International Union for Conservation of Nature (IUCN), the World Conservation Congress (WCC) brings together heads of States, high-level government officials, business leaders, representatives from indigenous groups and leading civil society organisations along with scientists and academics. This year”s WCC takes place from 1-10 September in the US state of Hawaii ” both UN experts will attend with the aim of advocating a human rights-based approach to conservation and biodiversity.

Source: The Office of the United Nations High Commissioner for Human Rights (OHCHR)

Statement of Mr. Alfred-Maurice de Zayas Independent Expert on the promotion of a democratic and equitable international order at the Human Rights Council 30th Session

Pursuant to Human Rights Council resolutions 18/6, 21/9, 25/15 and 27/9, I have identified in my prior reports challenges to the realization of a democratic and equitable international order, including lack of transparency and accountability, absence of democratic participation in domestic and global decision-making, asymmetric economic, financial and trade practices, military expenditures and denial of self-determination.

In this report, I address the challenge to the international order posed by certain activities of investors and transnational corporations that entail much more than interference in the regulatory space of States but actually constitute an attack on the very essence of sovereignty and self-determination, which are founding principles of the United Nations. END_OF_DOCUMENT_TOKEN_TO_BE_REPLACED

As also underlined in the UN Guiding Principles on Business and Human Rights, States must ensure that trade and investment agreements do not constrain their ability to meet their human rights obligations (Guiding Principle 9). END_OF_DOCUMENT_TOKEN_TO_BE_REPLACED