The Royal Commission to Enhance the Operation and Management of the Royal Malaysia Police (the “Royal Commission”), established in 2004 by the Yang di-Pertuan Agong, had raised serious concerns about police abuses. The Royal Commission received over 900 complaints of abuse including deaths in custody, physical and psychological abuse of detainees, misuse of administrative detention laws, abuse of power, and systematic lack of accountability and transparency.

In November 2005, the Royal Commission issued its report entitled “Royal Commission Report For Police Reform: Challenges and Recommendations” containing 125 recommendations, including that the government amend relevant laws to make them comply with international human rights standards, and take steps to eradicate corruption, enhance investigative policing, and improve police support and maintenance through measures such as better housing and salaries for the police. In order to systematically address the lack of accountability for abuses, the Royal Commission recommended the establishment of an Independent Police Complaints and Misconduct Commission (IPCMC) to investigate police malfeasance and take disciplinary measures.

“The agenda for reform that my Commission is proposing is an enormous and comprehensive one. The process of change will be long and arduous. To successfully carry it through will require strong and inspired leadership. There will also have to be strong and sustained political will on the part of the government, and the willingness to allocate the necessary resources, no doubt prudently and spread over time.”

The establishment of the Police Commission was seen as (then) Prime Minister Abdullah Ahmad Badawi’s positive response to public concerns over reports of human rights violations, abuse of power and corruption by members of the Polis Diraja Malaysia (PDRM – i.e. the Royal Malaysia Police).

In announcing the formation of the Police Commission, the Prime Minister said:

“… the Royal Malaysia Police, as a team that engages with the public,  has to be knowledgeable about human rights in the discharge of duties and in dealing with the public. Issues such as police violence, unsatisfactory service, corruption and other negative issues must be eradicated.” – former Prime Minister Abdullah Ahmad Badawi

Ten years later, Malaysia is far from witnessing a transformed police force. Deaths in custody and corruption are reflections of the PDRM. Public perception of PDRM has deteriorated tremendously. A survey by Amnesty International shows how Malaysians prefer not to trust the police if detained under their custody.

Topping off this troublesome scenario is the support from a member of cabinet for police shooting without warning. 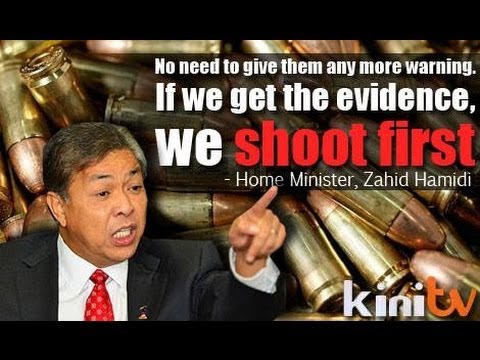 Home Minister, Ahmad Zahid Hamidi issued this statement on 7 Oct 2013. Many regarded his statement as a license to kill

In early June 2015, an exposé was published in respect of a 10-year investigation by the Special Branch unit which revealed that 80% of enforcement and security officials at the border are corrupt. How many of them involved were part of PDRM? Had they not been corrupt, would we have found ‘prison camps’ at Wang Kelian and Lubuk Sireh? Some villagers claim to have stumbled upon foreigners, weak and hungry, unable to carry themselves. These villagers would help them and then call the police to hand them over. How can the police now claim that they were not privy to the camps? Had they been genuine and responsible, would they not have found the camps years ahead? 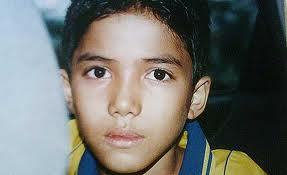 If one were to read the Human Rights Watch report on custodial deaths “No Answers, No Apology”, one would be able to observe a similar pattern of explanation from the police on how the victims had a parang and was running towards the police and they fired in self defence.

What was more disappointing is that no thorough investigations were carried out in any of those cases. Some victims shot were as young as 15. Remember Aminulrasyid?

The forum was held at the Raja Aziz Auditorium in Kuala Lumpur. HAKAM and the Bar Council Task Force on the IPCMC saw it fit to resuscitate the findings of the Royal Commission. One of the major proposals made by the commission is for the establishment of the Independent Police Complaints and Misconduct Commission (IPCMC).

“… we must, collectively, accept nothing less than a zero-tolerance approach to death in police custody. It is a mark of a civilised society that those who flagrantly abuse the power and trust vested in them be made to face the consequences of their actions. A police force who are committed beyond doubt to preserving the rule of law should not be a debateable notion; we should not have to compromise when asking for the safeguards to protect what is enshrined in the Federal Constitution – the right to life. I call for the creation of the IPCMC, or at the bare minimum reform of the EAIC. For the overhaul of police practices, and amendment to the current Lockup Rules. Deaths in police custody should incite national outrage in all cases, not only a select few. The current standard should be one of intolerance to any and all police violations of our basic human rights.“

Panellists who contributed their thoughts, perspectives and experience – as as fodder for discussion – were:-

Panellists and moderator at the Rogue Cops: Workable Solutions-Police Accountability in Malaysia held on 30 May 2015 – photo by Thulsi Manogaran

A report on the Forum is published at this link.

The Forum also garnered significant media coverage as well as reaction from Inspector-General of Police Tan Sri Khalid Abu Bakar (who incidentally, had declined the organisers’ invitation to headline the panel):-

And as of 1 July 2015, reports relevant to the issues of police misconduct and police accountability: