“Victims must find courage to speak up, lodge complaints and make police reports when sexual harassment occurs. Witnesses especially need to call out, speak out and act when we see harassment taking place. Taking pictures or video of the unacceptable behaviour is one way. Communities need to be more caring and less tolerant when it comes to harassment. Harassment is unacceptable and children, especially need to be protected. We can look out for each other. We can start with not victim-blaming and understanding that it takes courage to call out sexual harassment. With movements like #StopStreetHarrassment, #HandsOff, #MeToo and #TimesUp, I hope that the awareness will give courage for victims to call out the harassment and lodge the necessary report to the authorities.”– Robyn Choi, HAKAM Secretary-General, in advocating for every Malaysian to act together as a community to curb such incidents from recurring, instead of solely depending on the authorities to act on such matters.

Malaysian theme parks came under the spotlight recently after Filipino celebrity Ruffa Gutierrez posted an unfortunate account of sexual harassment her two daughters had faced at a local theme park during their holiday here.

Not only was the Gutierrez-family experience embarrassing for our country as the group of men acted like hooligans at a family-friendly establishment, but when the incident became viral, it also captured international headlines that questioned ‘Are Malaysian theme parks safe?’

While the theme park in question have assured the safety of its guests is of utmost priority and relayed they take the matter seriously, the incident has also served as an eye-opener for other parents to keep watch over their children, despite being in a family-friendly environment.

Here Are Some Parents’ Demands After The Incident

Malaysian Digest reached out to Malaysian parents who enjoy going to theme parks with their children, and here’s what they had to say after the incident.

“It’s disgraceful as it portrays a gender-based violence and discrimination, but it is unfair to generalise that all Malaysian men are like those men the Filipino family encountered,” Shaheza, whose family has visited Genting Highlands, Sunway Lagoon, and Lost World of Tambun, opined.

Though she believes that every theme park’s management has done their best to ensure the safety of their guests, but to avoid the problem from recurring, Shaheza suggested, “The management should control the crowd entering the park daily. lf possible, have identification checks and record their visitors’ basic personal details, so they can track perpetrators.

“They should also install emergency alarms to alert their crew, so it will go off when any bad incidents occur. In any situation, their crew should be adequately ready and know how to handle a situation in accordance to the law.”

In addition she says, “The presence of auxiliary police should be mobilised in every theme park to help reduce the cases of sexual harassment, child kidnapping, or theft. The management should also be in close contact with all these personnel.” 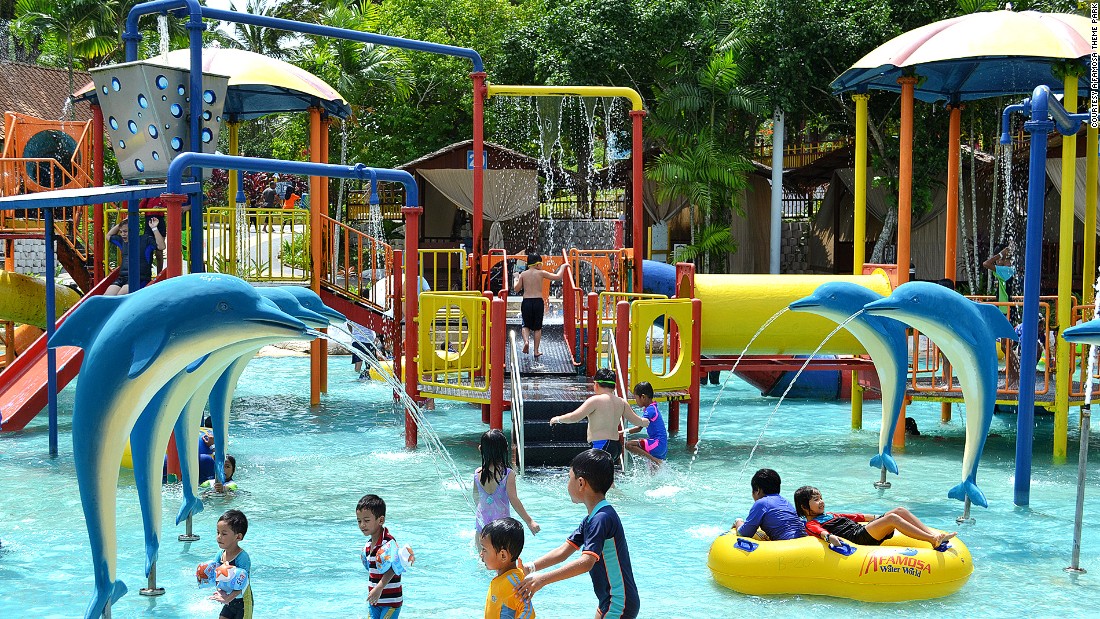 Elizabeth De Witt meanwhile was not pleased with what happened and voiced for theme park managements to look into ramping up their security.

“The management of theme parks should be more cautious and their security should be tighter, not only for the public but also for their employees.

“As for safety measures, I suggest having posters that display rules visitors should abide by in the establishments to warn those who misbehave, that they may be kicked out,” said the mother-of-two.

Similarly, mother-of-four, Christy, who frequented Sunway Lagoon and Legoland with her family, relayed after the incident, she has become more cautious of her daughters’ safety.

“Like the Gutierrez family, I have precious gems and it scares me to think there are people that would behave indecently and so daringly too. Children go to theme parks to have fun, and such behaviour could traumatise them.

“I believe theme parks have deployed their security teams, but in that instance, the public should also help apprehend these men and take them to the security, before lodging a report as their presence can be harmful for other visitors as well.”

She also reminded parents to be on high alert, as strangers are lurking everywhere, even in places that are deemed family-friendly, “So, we can’t rely on security alone but need to keep a lookout on our kids’ whereabouts.”

What Are Our Rights As Theme Park-Goers?

Malaysian Digest reached out to Robyn Choi, National Human Rights Society (Hakam) secretary-general, to find out what we as theme park visitors can do to assure we are protected by the law when such situations occur.

“Everyone, especially children, have the right to dignity and safety which includes the right to be free from harassment,” the woman who spends a substantial portion of her time on human rights advocacy, shared with us.

Robyn then highlighted that while we have laws in place to protect the public’s safety and addresses sexual harassment, we may be lacking the enforcement.

“We have penal laws against sexual assaults, as not all forms of sexual harassment have been made a crime.

“Section 509 of the Penal Code makes it a crime to insult the modesty of any person (man or woman or child), and an ambit of it should cover incidents that of which happened at the theme park recently.

“The Sexual Offences Against Children Act 2017 (SOACA) protects children from sexual harassment. For children, sections 11 and 15 of SOACA would serve the same for the incident that took place,” she elaborated.

“For Malaysia, those in authority over public spaces like the police and security personnel have a duty to ensure the safety of persons.

“In privately owned spaces like entertainment outlets; cinemas, concert halls, theme parks or sports facilities, owners and their employees in charge of security have a duty to provide a safe space for consumers,” she explained.

When we queried on what we should do if we find ourselves being a victim of such a situation, Robyn shared, one must always draw attention and have the courage to speak up.

“Take courage in raising an alarm, scream or shout, if you must, whip up the phone and video the harasser, otherwise, ask for help from those who witness the same.

“Report the incident with the appropriate authorities, then follow up with a police report and demand that action be taken by authorities. If need be, get support or help from civil society organisations,” she advised.

And if it is a negligence on the management’s end, Robyn says, the victim can make a case against the theme park.

“It is not easy to make a case against any providers of facilities like theme parks or shopping malls for negligence unless the management or security repeatedly refuses to act to assist when the incident happened.

“For example, when the harassment occurred in front of security officers and they do nothing or, after assistance is requested, nothing is done,” the woman with 24 years of legal practice stated.

However, she adds that theme park providers must ensure they are not only well equipped with CCTV and adequate security personnel but must educate their staff as well on what constitutes as harassment.

“The management need to educate and brief their employees and security personnel to be sensitive to different forms of harassment, and to be on alert on protection of children especially.

“They must have a security rating for children and women, and should avoid overcrowding as it can be a breeding grounds for sexual harassment,” she recommended.

Is It Wise To Take Matters Into Our Own Hands?

“If a person harasses you by gestures, sounds, or catcalling; raising an alarm by screaming or shouting may be appropriate.

“If a person enters your personal space to the extent of touching you; pushing them away, raising an alarm or calling out the harassment can be a form of self-defence.

“If the harasser repeatedly approaches you physically, even after warning them that the behaviour is offensive, and if their harassment is threatening, the use of physical force to push them away or spraying them with pepper spray is reasonable,” she said, while advising the public to go against physical harm unless absolutely necessary.

She however advocates for every Malaysian to act together as a community to curb such incidents from recurring, instead of solely depending on the authorities to act on such matters.

“Witnesses especially need to call out, speak out and act when we see harassment taking place. Taking pictures or video of the unacceptable behaviour is one way,” she said, pointing out that interrupting and shaming the harasser is most effective in stopping harassments.

“Communities need to be more caring and less tolerant when it comes to harassment. Harassment is unacceptable and children, especially need to be protected. We can look out for each other,” she emphasised.

In saying which, Robyn believes that Malaysians should start respecting the dignity of others and protect human rights, while urging for victims to be more vocal.

“We can start with not victim-blaming and understanding that it takes courage to call out sexual harassment.

“With movements like #StopStreetHarrassment, #HandsOff, #MeToo and #TimesUp, I hope that the awareness will give courage for victims to call out the harassment and lodge the necessary report to the authorities,” she expressed.