PETALING JAYA, May 22 — Electoral reform movement Bersih 2.0 maintained the need for free and fair media coverage of all sides of the political divide, as the country collectively embraces a new dawn and a new Malaysia.

Following the fall of the Barisan Nasional (BN) government after holding power for 61 years since independence, Bersih 2.0 said media and broadcasting organisations are now able to cover events organised by the current government and former Opposition coalition, Pakatan Harapan (PH), which the mainstream media had shunned before.

“However, it is important that the media should start a new chapter by giving equal media coverage to all political parties and abandon the old habits of providing one-sided stories in favour of the ruling parties as under BN’s era.

“The taxpayer-funded state media such as radio and television stations should no longer serve the government of the day, but to also provide equal media coverage to all sides for taxpayers to make informed decisions,” the Bersih 2.0 steering committee said in a statement today. END_OF_DOCUMENT_TOKEN_TO_BE_REPLACED

HAKAM comment: MCMC said blocked according to laws of the country. The laws have not changed (yet) so, why unblock? Isn’t that evidence of your arbitrariness? We need new MCMC commissioners appointed to replace this group who has no respect for the Rule of Law.

The Malaysian Communications and Multimedia Commission — The Star filepic

The Malaysian Communications and Multimedia Commission says it blocked GE14 results site live.undi.info on polling night over concerns the results were not correct.

In a post on its Facebook page, MCMC says it acted on complaints from the public that the results and information displayed on the site were inaccurate.

“However, after reviewing the content being displayed, we removed the block as the criteria used to do so were no longer relevant at this moment,” according to MCMC

Digital transparency advocacy group Sinar Project released a report on May 16 saying that the website was blocked on the evening of polling day on May 9. END_OF_DOCUMENT_TOKEN_TO_BE_REPLACED

The Human Rights Commission of Malaysia (Suhakam) renews its commitment to protect and promote press freedom in Malaysia and reiterates that freedom of the press is a fundamental component of democratic governance.

Suhakam values the important role of the media and recognises the influence of the media in shaping public opinion. In the context 14th general election, there is an expectation that the media will play the role of fair arbiter, provide an open platform for broader public deliberation, represent a plurality of opinions; and accordingly provide election coverage that gives voters comprehensive, balanced and accurate information.This is critical in enabling the public to make informed choices. END_OF_DOCUMENT_TOKEN_TO_BE_REPLACED 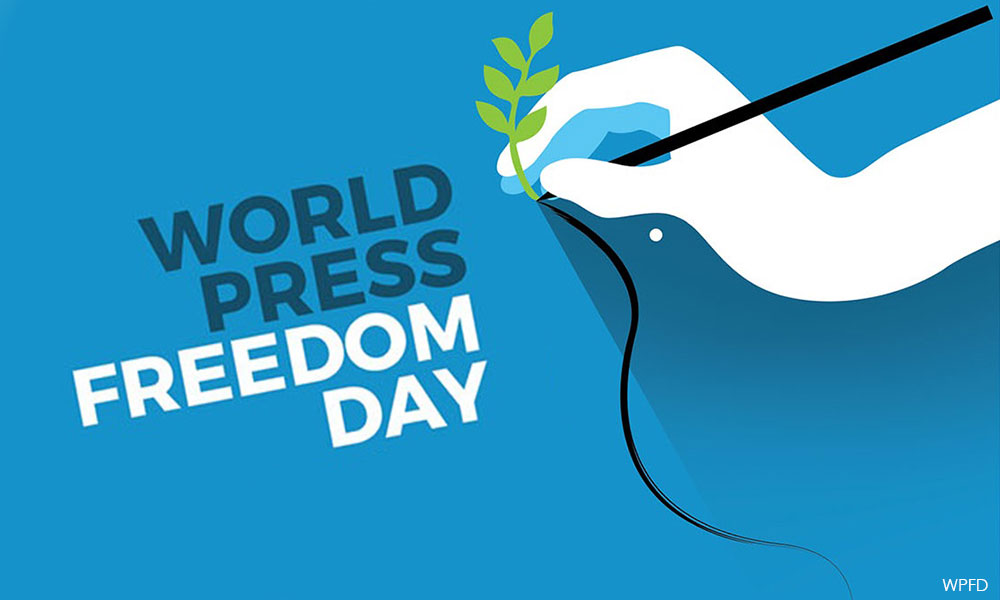 Today, World Press Freedom Day, was declared to raise awareness of the importance of freedom of the press and remind governments of their duty to respect and uphold the right to freedom of expression.

What follows is a snapshot glance at the treatment of the press in Malaysia over the past few four years. END_OF_DOCUMENT_TOKEN_TO_BE_REPLACED

A commuter walks past an advertisement discouraging the dissemination of fake news at a train station in downtown Kuala Lumpur March 26, 2018. — Picture by Hari Anggara

In a joint statement, WAN-IFRA Media Freedom Committee Malaysia (MFC Malaysia) and Institute of Journalists Malaysia alleged that there was no engagement between the government and representatives from the media industry ― as one of the most important stakeholders ― prior to drafting the Bill that was tabled in Parliament yesterday.

“Any legislation on fake news would inevitably affect the media industry, and it is our firm belief that we should be seen as the most important stakeholders as opposed to social media platforms and companies that the government had engaged with.

“The Bill tabled reflects this lack of engagement with media, as it overlooks the impact it could have on the media and does not provide any safeguards for the industry here,” they said in a statement.

They said the proposed legislation would not only restrict media freedom but put livelihoods of journalists and press staff at risk, in what is “already a tumultuous period for the media and news industry worldwide”. END_OF_DOCUMENT_TOKEN_TO_BE_REPLACED

This comes after Deputy Prime Minister Datuk Seri Dr Ahmad Zahid Hamidi pledged on Tuesday (March 13) to review the controversial PPPA, a law that is seen to curtail freedom of speech, in particular, freedom of the press.

Under the PPPA, all printing presses need to obtain a license that can be revoked or suspended for any period.

A media lecturer at University of Nottingham Malaysia, Gayathry Venkiteswaran, lauds the Government’s move to review the Act.

“I hope that there will be a review towards repealing the Act entirely,” she said.

“It is an anachronistic Act. It doesn’t serve any purpose apart from being used arbitrarily against the media and to control (news) content.” END_OF_DOCUMENT_TOKEN_TO_BE_REPLACED

KUALA LUMPUR: Reporters Without Borders (RSF) has urged the government to drop the proposed law against fake news due for debate in the current Parliament session.

In a statement today, RSF said the proposed law had “all the hallmarks of a new government weapon for suppressing media freedom”.

It said the bill had been finalised by a special committee – comprising representatives of the government, police, National Security Council and Malaysian Communications and Multimedia Commission (MCMC) – set up by Prime Minister Najib Razak on Jan 30 after he and his government declared war on “fake news”.

It also noted that there were already sufficient laws – such as Article 8A of the 1984 Printing Presses and Publications Act and Article 233 (1) of the 1998 Communications and Multimedia Act – which penalised the dissemination of false news and information.

Daniel Bastard, the head of RSF’s Asia-Pacific desk, said: “It is not the government’s job to determine the truth of the reporting that is the product of journalistic work. END_OF_DOCUMENT_TOKEN_TO_BE_REPLACED

MALAYSIA’S proposed fake news law will be used to target non-mainstream media outlets that publish reports not in line with Putrajaya’s views, a lawyer and media groups fear.

Lawyer H.R. Dipendra said the government was using the excuse of fake news to go after Internet news portals that are not governed by the Printing Presses and Publications Act.

“The government wants to target alternative media, like news portals. It is their intention of controlling news portals under the guise of (a) fake news (law).

“It is real news, but it is not always siding or agreeing with the government, (and) that they want to control (it),” he told The Malaysian Insight today.

END_OF_DOCUMENT_TOKEN_TO_BE_REPLACED

“The claims of ‘insult’ against Najib, which have been repeated over two days during the Umno general assembly, have not been backed up by any example or proof whatsoever,” they added. END_OF_DOCUMENT_TOKEN_TO_BE_REPLACED

AT their best, you might assume that in a healthy democracy, the realms of journalism and civil society share the same goal. Both want to expand the space – whether in print, online, conference halls or on the streets – in which citizens can discuss the state of the country and debate the ideologies and policies that they believe will take the country forward.

At their worst, agents of both are compromised by undemocratic interests: even in countries regarded as established democracies, newspapers and so-called non-governmental organisations are seen as lobby groups under the thumb of certain political parties, corporations or trade unions. But at least this is mitigated by transparency in terms of ownership and funding, and more crucially, by competition in the media space. In dictatorships, these aspects are absent.

In Malaysia, the print media remains strongly regulated, but the space secured by the mass penetration of the Internet (and then specifically social media) as well as the more relaxed view towards civil society under Tun Abdullah Badawi (compared to the previous environment) has made permanent some avenues for the expression of alternative views. However, investigating certain topics or ‘insulting’ certain individuals are off-limits and can lead to the closure of your online portal or you being in jail. END_OF_DOCUMENT_TOKEN_TO_BE_REPLACED