KUALA LUMPUR, Dec 5 — The Malaysian Bar urged Putrajaya today to further amend the Dangerous Drugs Act (DDA) to allow convicts to seek a review of their death sentences under new provisions to the law, along with a moratorium on executions.

Malaysian Bar president George Varughese also expressed concern that judges may still be constrained in exercising their discretion on sentencing, despite the removal of a clause that would have made this contingent on the prosecution’s support.

The DDA was amended by Dewan Rakyat last week to remove the mandatory death penalty, handing discretion to judges when sentencing drug traffickers, but which implored the judiciary to consider mitigating factors when doing so. END_OF_DOCUMENT_TOKEN_TO_BE_REPLACED

CONTROVERSIAL lawmaker Bung Moktar Radin today suggested that drug dealers be shot and addicts jailed – in the style of Philippines President Rodrigo Duterte – to combat the drug menace in the country.

Bung Moktar (BN-Kinabatangan) said AADK had failed in its efforts to fight the drug menace as the number of drug abuse cases had increased over the years.

“I suggest AADK be dissolved. It’s a waste of people’s money and a waste of time,” said Bung Moktar in Parliament today.

“The Philippines, after Duterte took over, can be considered as a zero-drug country now. Why can’t we follow their ways?

“We should imprison drug addicts without trial. Any drug dealers, just shoot them.” END_OF_DOCUMENT_TOKEN_TO_BE_REPLACED

THERE were 115 abandoned babies last year and another 59 cases as of June this year, Women, Family and Community Deputy Minister Datuk Azizah Mohd Dun said.

She said Selangor recorded the most number of abandoned baby cases with 23 babies in 2016 and 16 cases this year.

Azizah said the majority of the abandoned babies were from one community.

“While the race of abandoned babies are generally not known, police investigations found that they were from one community,” she said when answering a question by Dr Che Rosli Che Mat (PAS-Hulu Langat). END_OF_DOCUMENT_TOKEN_TO_BE_REPLACED

PUTRAJAYA, Jan 5 — The Court of Appeal today allowed an appeal by the government to set aside a High Court ruling which granted a woman who underwent a gender reassignment surgery to change his identity card details.

In a unanimous decision, a three-judge panel led by Datuk Seri Zakaria Sam said there was merit in the National Registration Department (NRD) director-general’s appeal against the 30-year-old respondent who now looks like a man.

“We have read the submissions and after holding a discussion, we have come to a unanimous decision that there is a merit in the appeal.

“With this, we allow the appeal and set aside the ruling by the High Court,” Zakaria said, adding that the written grounds of judgment will be provided later.

Malay Mail Online is not disclosing the transgender’s identity to protect his privacy.

On July 18 last year, the NRD was ordered by the High Court to declare the transgender a man, on grounds that he has a constitutional right to life under Article 5 (1) of the Federal Constitution.

According to past news reports of the ruling, the constitutional concept of “life” accords the transgendered respondent the right to live with dignity as a male and be legally accorded judicial recognition as a male. END_OF_DOCUMENT_TOKEN_TO_BE_REPLACED

A new chapter: Transgender activists celebrating outside the Court of Appeal in Putrajaya on Nov 7, 2014, when three Malaysian transgender women won a landmark bid to overturn an Islamic anti-crossdressing law. — AFP

REMEMBER that time your parents made you wear a shirt or dress to a function and you were uncomfortable the entire time – maybe it was scratchy or it was the wrong size or it was out of fashion.

Whatever it was, when you came home, you peeled that “outer skin” off.

Now, imagine living inside a female body 24/7 when you feel like a male or vice versa and not being able to peel your skin off.

Science has advanced so much one can reassign one’s gender surgically but the Legislature and Courts in many countries still refuse to let a person who has had a sex-change change his/her name/sex on a piece of paper if his/her chromosome was the same as at birth.

The High Courts in Malaysia have been unsettled on whether to recognise gender reassignment on an applicant’s birth certificate or MyKad the last 15 years, there are more decisions “against” than “for”.

In 2013, the Court of Appeal’s decision re Kristie Chan ruled in favour of “against” and it seemed to settle the law.

However, XYZ , who was represented by counsel William Lim and Muhammad Izzat Md Jonid, had a stab at it and on July 18, the Kuala Lumpur High Court scored one for the trans community.

XYZ, who was born a female, obtained a declaration that he was now a man. END_OF_DOCUMENT_TOKEN_TO_BE_REPLACED

Suhakam questions execution of three men given that the government is working on amendments to the death penalty.

KUALA LUMPUR: The Human Rights Commission of Malaysia (Suhakam) has renewed calls for a moratorium on the death penalty following the “secretive” execution of three murderers, whose families were given only two days’ notice.

The execution of Gunasegar Pitchaymuthu, Ramesh Jayakumar and Sasivarnam Jayakumar last Friday has caused a furore in the international human rights community, with Amnesty International condemning what it called a “last-minute” execution of the convicted murderers.

“The Commission expresses regret in this regard as only recently in November 2015, Minister in the Prime Minister’s Department Nancy Shukri announced that the Government was in the midst of finalising amendments to remove the mandatory death penalty in relevant laws,” said Suhakam chairman Hasmy Agam in a statement today. END_OF_DOCUMENT_TOKEN_TO_BE_REPLACED

MARCH 29 — The Human Rights Commission of Malaysia (the Commission ) notes the execution of Gunasegar Pitchaymuthu, Ramesh Jayakumar and Sasivarnam Jayakumar on 25 March 2016 under section 302 of the Penal Code, read together with section 34 of the same Code.

The Commission expresses regret in this regard as only recently in November 2015, Minister in the Prime Minister s Department, YB Hajah Nancy Shukri announced that the Government was in the midst of finalising amendments to remove the mandatory death penalty in relevant laws. The Bill was expected to be tabled at the current (March 2016) Parliamentary session. Today, over two thirds of the world s nations have abolished the death penalty in law or practice. END_OF_DOCUMENT_TOKEN_TO_BE_REPLACED

Steven noted the courts appeared to give wide interpretations to restrictions on Malaysians’ fundamental freedoms in these cases, leading to criticism that the judiciary has abandoned their duty.

“The apparent reluctance of the court to invalidate legislation or state enactments on constitutional grounds is worrying, and has given rise to the public perception that the interest of the state prevails over the constitutional rights of citizens.

“The willingness on the part of the courts to cede their jurisdiction has been decried as an abdication of responsibility,” he said in his speech at the ceremonial opening of Malaysia’s Legal Year 2016. END_OF_DOCUMENT_TOKEN_TO_BE_REPLACED 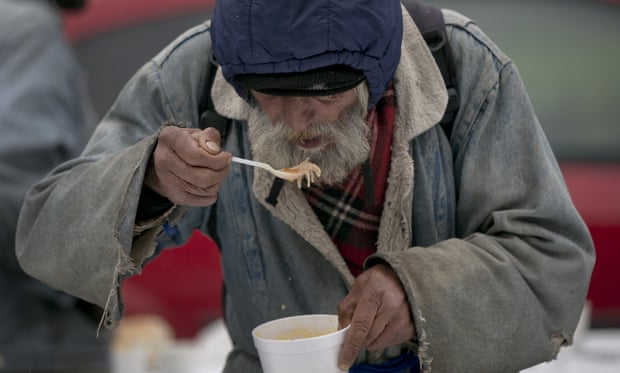 In many countries, homeless people who are engaged in the simple acts of eating and sleeping in the only spaces available to them – parks, public squares, or vacant lands – are subject to criminal sanction, given tickets (like illegally parked cars), and forcibly removed from city centres (also like illegally parked cars). Left to languish like garbage in a landfill on the periphery of society, they are rendered completely invisible. While this may be the preferred approach for some governments, it only cements stigmatisation and helps internalise discrimination against those who are homeless. END_OF_DOCUMENT_TOKEN_TO_BE_REPLACED 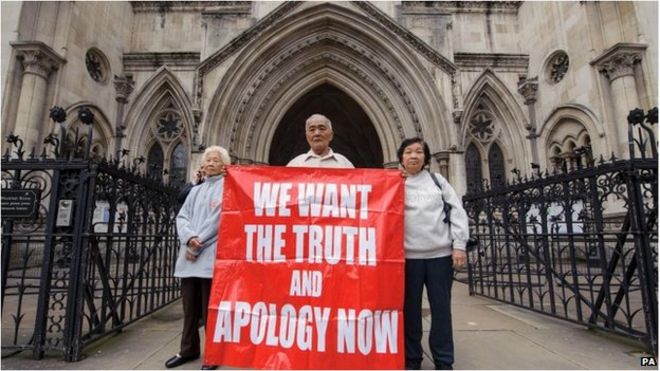 He said it was “with regret” that he dismissed the appeal. END_OF_DOCUMENT_TOKEN_TO_BE_REPLACED